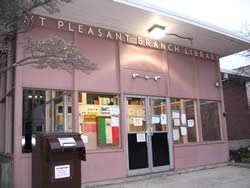 One Library at a Time…Mt. Pleasant Library

One Library at a Time…Mt. Pleasant Library

Mt. PleasantPCL’s Mount Pleasant Library, originally known as the Sprague House Branch, was the first of the branch libraries to be opened in Providence in 1906. This library was started as a deposit of books sent to the Sprague House Association, a social agency located on Armington Avenue, that gave the daughters of working families a safe place to spend their days. When the Sprague House Association moved to another part of the city, the library became a full-fledged branch. Edward A. Iannuccilli, who last year wrote an article for the Providence Journal reminiscing about the Sprague House Branch Library, fondly described it as “a two-story white bungalow indistinguishable from the others in the neighborhood, one that any one of us might have called home.” The library, now known as the Mount Pleasant Library, moved to its current location, 315 Academy Ave, on June 25, 1949 with 1000 people celebrating in attendance.
The Present

Dhana WhiteingThe Mount Pleasant Library is at the center of its community. It is within walking distance of two elementary schools, Mount Pleasant High School, and La Salle Academy. The library’s busiest time is between 3 and 6 p.m. when children come to do homework and adults stop by after work. As there are no boys and girls clubs or recreation centers in the neighborhood, the library is where young people come to congregate. A combination of young and old, traditional families, single family households, teachers, professionals and non-professionals alike come to the Mount Pleasant Library to use the 20 computers, check out books, magazines, DVD’s, CDs, VHS, and audio books.

Duon SivThe friendly staff, with a combined experience of 63 years of customer service in libraries, is available and willing to serve the public. Several staff members are fluent in Spanish, Cambodian and Italian! To compliment the regular staff, we have a work-study student from Johnson and Wales. Several volunteers from the neighborhood are also a big help to our staff.

The building itself is also going through some exciting changes as there is an interior renovation in process. Several months ago Emily Brown, Children’s and Young Adult Librarian, asked about moving the children’s department from the front to the back. Although it seemed like a daunting task, I immediately asked our new director Ann Robinson if we could try. She was immediately on board with the project. Things worked out well as GTECH was in the process of donating a brand new children’s computer lab and wiring had to be done for this process.

Emily BrownWe quickly found out that the easy part was behind us. Many books had to be moved as well as whole shelving units. Emily did all the calculations to see what books would fit where. Emily, other staff members, and volunteers went about the tedious and heavy work of putting the books back on the shelf. Like any moving project, there were some bumps in the road and changes in plan. However, things are progressing and we are in the final phases of the big move. Emily, Children’s Specialist Betty Nunes, Adult Services Librarian Kathleen Flaherty, and Head of Circulation Duon Siv and her staff deserve awards for getting things back together.

At the present time, the Children’s department has moved to the back of the building alongside the sleek new computer lab. Young Adults has made its home near the adult reference in the front of the building. The Adult Non-Fiction collection and computer lab are nicely laid out on the right as Anna Parelloyou enter the building. The space is further divided by a long book shelf that provides some privacy for the lab users and those who are reading, studying or using their personal laptops. Cool and comfortable furniture for young adults and adults is on the way.

Additional furniture for a reading area for adults is in the works from a donation by one of our esteemed patrons. It is still a bit confusing for both staff and patrons but we are all finding our way. Many patrons have expressed satisfaction with how things are progressing. It is our sincerest hopes that in a month or so, collections and furniture will be in place so when people enter the building, they will feel that they have entered one of the nicest libraries in Providence. 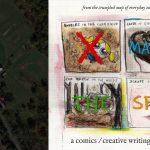 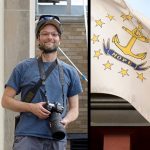 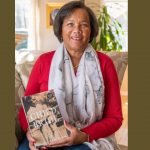 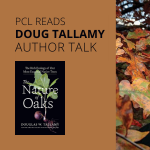 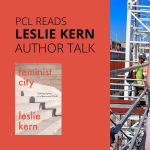 ADD IT
Click to bookmark this listing
SHOW MORE