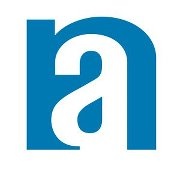 How It Began – A Shared Place for the Arts, Ideas, Culture

The Newport Art Museum & Art Association, one of the oldest continuously operating organizations of its kind in the country, turns 100 in 2012. A group of community-minded artists and intellectuals, led by activist and Pulitzer prize-winning author Maud Howe Elliott (1854-1948), founded the organization in June 1912 for the purposes of promoting and exhibiting fine arts and fostering art education within the community. Founding artist

How It Began – A Shared Place for the Arts, Ideas, Culture

The Newport Art Museum & Art Association, one of the oldest continuously operating organizations of its kind in the country, turns 100 in 2012. A group of community-minded artists and intellectuals, led by activist and Pulitzer prize-winning author Maud Howe Elliott (1854-1948), founded the organization in June 1912 for the purposes of promoting and exhibiting fine arts and fostering art education within the community. Founding artist members were Elijah Baxter, Charles Biesel, John Elliott, William Sergeant Kendall, Albert Sterner, Helena and Louisa Sturtevant and Leslie P. Thompson.

Since our first year as the Art Association of Newport, we have sought to enhance community life as a shared place for the arts, ideas and culture. The Newport Art Museum continues to fill that role in the 21st century.

Barely a month after its creation, the Association staged its first exhibition, which included contributions from within the group and from prominent American artists such as Childe Hassam, J. Alden Weir, Frank W. Benson, Joseph DeCamp. John White Alexander, Mary Cassatt, George Bellows, Ernest Lawson and Arthur B. Davies. Among these artists were significant proponents of avant garde art movements espousing American impressionism (The Ten) and urban realism (The Eight). Through the patronage of Gertrude Vanderbilt Whitney, who exhibited her own work here in 1915 and joined the Art Association’s Council in 1916, many important New York artists continued to exhibit regularly at the AAN.

Just one year later, in 1912, the Art Association of Newport began offering daily art lessons. John Elliott (Maud Howe Elliot’s husband) ran the first course, joined by Helena Sturtevant. Albert Sterner and Sergeant Kendall also taught. The following autumn Helena Sturtevant took charge, ultimately becoming the school’s longest – serving director. She diligently and painstakingly developed a first-rate art school with a roster of exceptional teachers and a diverse curriculum. In the true spirit of art education, Sturtevant was interested in reaching out to diverse groups. In 1922 Sturtevant wrote: “It is not without interest to observe among the pupils, the different nationalities represented, French, Swedish, Swiss, Greek, Portuguese, Armenian, several of them speaking almost no English… From the wharfs of Newport, from a fisherman’s hut at Third Beach, from the farms of Portsmouth and Middletown, from the Army and Navy, from well known families of this place and New York, one common interest brings them here.”
Today – A Place for Creative and Curious People

In the 21st century, the Newport Art Museum continues to enhance community life as a shared place for the arts, ideas and culture, where creative and curious people come together to see art, make art, and to listen to ideas, music and each other. The Newport Art Museum is among only 5% of American museums to have achieved full accreditation by the American Association of Museums, the highest national recognition of a museum’s commitment to accountability and public service, professional museum standards, and excellence in education and stewardship.

For 100 years, the Newport Art Museum has served Rhode Island and regional communities as a cultural gathering place with a reputation for inclusiveness, professionalism, high-quality exhibitions and programming, and dedication to individual growth and learning. The Newport Art Museum’s collections and exhibitions reflect Rhode Island’s rich cultural heritage and lively contemporary art scene.We are the only museum to focus on the art and artists of Rhode Island.

Through its art school, the Minnie and Jimmy Coleman Center for Creative Studies, the Newport Art Museum encourages people of all ages and abilities to explore their creativity through art classes, camps, workshops and other educational programming. The Museum reaches out beyond its walls to teach art through its extensive outreach programs in public schools, social service agencies and private institutions throughout the state of Rhode Island. The Museum also offers concerts, live theatre, art and book talks, family programming and special events throughout the year.
Collections/Exhibits

The Museum organizes special exhibitions drawn from the permanent collection, the holdings of other museums and private collections. These exhibitions bring to Newport a wide variety of themes and styles, often accompanied by special programs. The Museum provides local and regional artists with opportunities to exhibit their works in the "Newport Annual, Members’ Juried Exhibition" and various other exhibitions and events throughout the year.

Home for the Museum since 1916, the Griswold House is a National Historic Landmark and an Official Project of Save America’s Treasures. Designed in 1862 by famed architect Richard Morris Hunt, it was completed in 1864 for John N.A. Griswold, a China Trade merchant and financier. Griswold House was Hunt’s first major commission in Newport and is the premier example of American Stick Style architecture. Hunt went on to design many of the grand cottages of Newport’s Gilded Age, including The Breakers, Marble House, and Ochre Court.

The restoration of Griswold House in the early 2000s by the architectural firm Burt Hill Kosar Rittelman Associates, reflected both its original purpose as a home and its adapted purpose as an exhibition and gallery space.

The Griswold House currently houses restored rooms, galleries, a children’s art classroom, administrative offices, a lecture hall, and the Elizabeth Conklin Museum Shop. The surrounding park and sculpture garden are used for concerts, art camps and other outdoor programs during the summer months.

Griswold House is accessible to those using wheelchairs and walking aids via the sculpture garden entrance on the south side of the building. Our south parking lot off Downing Street provides easy access to all three Museum buildings.
Cushing Memorial Gallery
Cushing Gallery

Designed by William Adams Delano, the Cushing Gallery opened in 1920 as a memorial to artist Howard Gardiner Cushing, one of the early members and most prominent supporters of the Art Association. Carrying on the American Renaissance style of the late nineteenth century, the quiet classical details of the Cushing Gallery contrast with the slate roof, gables, and cross pieces of Griswold House. The Gallery was enlarged in 1991 with the addition of the Nathalie Bailey Morris Gallery, the Sarah Rives Lobby, and state-of-the-art collections storage, enabling the Museum to expand and upgrade its collections and exhibitions, and to borrow important pieces from major museums across the country. A major restroratoin of Cushing Gallery was completed in 2011.

The Cushing Gallery is accessible to those using wheelchairs and walking aids via the sculpture garden entrance on the south side of the building. Our south parking lot off Downing Street provides easy access to all three Museum buildings.
Gilbert S. Kahn Building/Minnie and Jimmy Coleman Center for Creative Studies

Opened in 1998, the Gilbert S. Kahn Building houses the Museum’s art school, The Minnie and Jimmy Coleman Center for Creative Studies. A variety of classes and workshops taught by professional artist instructors is available to students of all ages throughout the year. The Kahn Building houses two painting and drawing studios, a printmaking studio, a digital studio equipped with IMac computers and a ceramics studio with two electric kilns and nine potter’s wheels, including one that is wheelchair accessible. Through the Coleman Center’s outreach programs, the Museum collaborates with numerous social service agencies, schools and community partners to provide art education opportunities for diverse populations across Rhode Island.

The Kahn Building is accessible to those using wheelchairs and walking aids via the Liberty Street entrance. Our south parking lot off Downing Street provides easy access to all three Museum buildings.