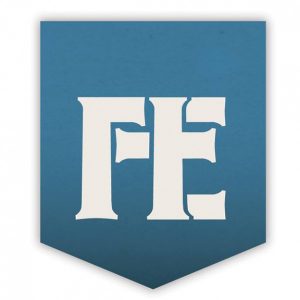 Many residents of the “fifth ward” (southern Newport) could not afford to attend church due to the tradition of churches selling pew seats.  In 1841, three women from Trinity Church began to hold cottage meetings in their homes, inviting these neighbors to join them.  By 1849, they had grown to 88 members and bought an empty Baptist Church on South Baptist Street.  Various Episcopal clergy provided them with worship services.  Welcoming everyone, regardless of financial status, Emmanuel

Many residents of the “fifth ward” (southern Newport) could not afford to attend church due to the tradition of churches selling pew seats.  In 1841, three women from Trinity Church began to hold cottage meetings in their homes, inviting these neighbors to join them.  By 1849, they had grown to 88 members and bought an empty Baptist Church on South Baptist Street.  Various Episcopal clergy provided them with worship services.  Welcoming everyone, regardless of financial status, Emmanuel Free Church was incorporated  and admitted to the RI Episcopal Diocese on June 2, 1852.  Edward King bought land on the corner of Spring and Dearborn Streets for $700 and donated it for a new church.  The original church was a wooden Tudor building designed by Richard Upjohn and built by local carpenter, Michael Spencer.  The total cost to build and furnish it was $15,000.19.

The things most often asked about are the carvings on the altar, the murals, the windows and the angel lectern.Natalie Bayard Brown replaced that building with the current stone building in memory of her husband , John Nicholas Brown, who died of Typhoid Fever in May of 1900.  This building was designed by Ralph Adams Cram with the interior by Bertrand Grovesnor Goodhue.  The cornerstone was laid June 29, 1901 and the first service held June 3, 1902.  The wooden church was moved across the street and used for worship services during the year-long construction and then sold at auction to Charles Peckham for $70 and moved to Middletown.  Many of the furnishings and memorials were moved to the stone church and are still in use today.   This building was placed on the National Register of Historic Places in 1996.

The reredos is a copy of a silver bible cover given to John Nicholas Brown by his mother, Sophia Brown.  its carvings are of four saints – Ignatius, Gregory, Polycarp and Jerome.  The center panel is a painting of the Lamb of God and the four evangelists  – Matthew, Mark, Luke and John.  The murals, installed in 1921, are 90 individual panels painted by Robert Wade of Boston in honor of the 90 members of Emmanuel who served in World War 1.  In the center panel, on the south side, is a woman in purple kneeling before the burning bush.  It is Natalie Bayard Brown giving this church to God.  She is surrounded by her son, John Nicholas Brown, Jr., and the architects, painters, carpenters, and all who helped build the church, each presenting God a symbol of his profession.

Above the altar is the East window with 22 events in the life of Christ, from the annunciation of his birth to his ascension.  It was given by Sophia August Brown in memory of her sons, John Nicholas Brown and his brother, Harold, who died only ten days after John.

At the entrance is our beautiful blue window, designed by Clement Heaton in 1925.  The building of this window was documented by the Metropolitan Museum in New York.  In 1996, photos of it were shown in Switzerland during an exhibit of Heaton’s works.

The lectern is an angel with outspread wings to hold the bible.  It was made by the Gorham Manufacturing Company and exhibited at the Columbian Worlds Fair in 1893, where it was purchased by Harold Brown and given to Emmanuel.

The south doorway, across from the Baptismal Font, was the original entrance when the church was build and is also the final exit as it contains our Columbarium.  Niches are still available for $1,000 each if you would like to buy one and have your ashes interred here.