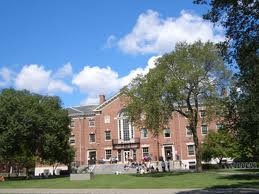 Faunce House was originally named Rockefeller Hall when the west end of the present building was erected in 1904. This came about after John D. Rockefeller, Jr. 1897 wrote to the Corporation on January 6, 1902, “My father stands ready to erect, furnish and give to the corporation of Brown University, free of expense, a building to be devoted primarily to the social and religious uses of the students of the university. While this building shall always be under the absolute control of the

Faunce House was originally named Rockefeller Hall when the west end of the present building was erected in 1904. This came about after John D. Rockefeller, Jr. 1897 wrote to the Corporation on January 6, 1902, “My father stands ready to erect, furnish and give to the corporation of Brown University, free of expense, a building to be devoted primarily to the social and religious uses of the students of the university. While this building shall always be under the absolute control of the corporation, it is his desire that the work carried on therein shall be under the direction of the Young Men’s Christian Association … so long as such direction shall be deemed wise.” Rockefeller Sr. would give up to $75,000, provided that an endowment of $25,000 for maintenance of the building be raised by the next Commencement. In so doing he fulfilled the dream of the Brown Y.M.C.A., which had some years earlier begun to raise money for a future home for the association. The architects of the building were McKim, Mead and White of New York, and the builders were Norcross Brothers of Providence. Inscribed in stone on the north side of the building are quotations in French:
“Il se faut entr’aide
C’est la loi de nature”
and in Latin:
“Vivat, Floreat, Crescat, Brunonia”

The new building was dedicated on January 20, 1904, and provided on the first floor a large reading room, a central room for the exhibition of college trophies, and a smoking room. There were also offices for student organizations, a billiard room, and a barber shop. The basement housed the bookstore, the offices of the undergraduate publications, and a lunch counter. On the second floor were the offices of the Y.M.C.A., a large hall seating four hundred, and a smaller meeting place for 125.

At Commencement 1930, John D. Rockefeller, Jr. gave $600,000 for the enlargement of Rockefeller Hall, requesting that the building be renamed Faunce House as a memorial to President Faunce who had died in January. Two houses were displaced for this construction. One was the former mansion of Governor Taft and the other was a building which had housed Brown’s Department of Education, which was moved to a site closer to Lyman Gymnasium. The architects for the addition were Howe and Church. The addition was connected to the older building by an arch, and travel between the two buildings was facilitated by a tunnel below and a corridor in the arch. On the ground floor of the addition were the dining rooms; a cafeteria for 280 people, and the “Pine Room,” a grill room furnished to look like a colonial tavern. Above the grill room were private dining rooms. The new theatre on the second floor, with seating for 360, a ticket office, dressing rooms, and a “green room,” was warmly welcomed by the dramatic society.

The Faunce Memorial Room, a room furnished in a manner to invite meditation and containing a portrait of President Faunce, was dedicated after the Baccalaureate service in 1934 with a ceremony at which Faunce’s voice was heard from a phonograph record. A new bookstore in the basement took over the room formerly assigned to the bookstore, the barber shop, and the dining room office.

The sun-dial on the south wall of Faunce House was a gift from Delta Phi in 1938 in observance of the centennial of the Brown chapter. The sun-dial was designed by the office of architect Albert Harkness ’09. The drawing for it was made by Donald S. Reed of that office, who was a member of the local astronomical group called “Skyscrapers.” The astronomical calculations were made by Professor Charles H. Smiley.

The Blue Room was installed during the summer of 1939, during President Wriston’s absence. Viewing the new lounge on his return from Europe, he proclaimed it “the boldest experiment I have even seen.” Upholstered furniture and mahogany coffee tables, with a soda fountain in the corner of the room, provided a pleasant place for Brown men to gather and to bring their dates. It was understood that no unescorted Pembroke students would be welcome. In 1969 the central section of the first floor was redecorated and promptly dubbed the “Airport Lounge” by students in honor of its style of furniture. In 1977 the lounge was greatly expanded by removing walls to make a room sixty by forty feet. Over the years the use of Faunce House began to stray from the original intentions of Mr. Rockefeller. Administrative offices were moved in, taking space from student activities. In the early 1980s changes began to return the building to its purpose as a student center, as Faunce House underwent a major renovation, designed by architects Goody, Clancy and Associates. The first project was the removal of Production Workshop to new quarters in T. F. Green Hall, and the opening in its place on the second floor of the Leung Gallery, a lounge and meeting place named for the principal benefactors of the Faunce House renovation and parents of Brown students, Mr. and Mrs. Henry Leung of Hong Kong. The railing on the Faunce House terrace was removed and wide steps down to the College Green were installed. The Blue Room moved into the center of the building and was connected to a cafe on the lower level by an open staircase. The Petteruti Lounge on the west side of the first floor was named for the family of Alfred J. Petteruti ’54. The renovated building was rededicated on May 26, 1989. 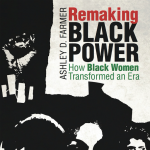