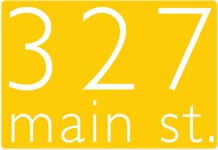 The Contemporary Theater Company was founded in June 2005. It started as a collaborative project among young local artists interested in restoring the once vibrant live theater scene of southern Rhode Island. After one successful year, the vision matured and the company began to grow.

Since then, the company has prospered, producing more than 35 full-length productions and many smaller events. Our talent pool has expanded backed by generous community support, and thousands of audience members have found a new appreciation of the performing arts.

As our company has grown, so has our vision. Early in 2009, we christened ourselves the Contemporary Theater Company to better reflect our new direction. In 2012, we opened a 90-seat theater at 327 Main Street, bringing theater to the heart of our community.

All the while, we have retained a dedication to bringing theater and the arts to everyone. But don't just take our word for it. In early 2010, the Providence Phoenix called us the "Best New and Yummy Theater Troupe" and a year later called us "The Best Theater Company" in all of Rhode Island. In 2012, Rhode Island Monthly awarded us a coveted Best of Rhode Island for artistic revitalization. More Teeth online theater reviews says, "CTC has made it evident in past productions that they are here to play." We encourage you to come play with us by enjoying an upcoming theatrical production or class.