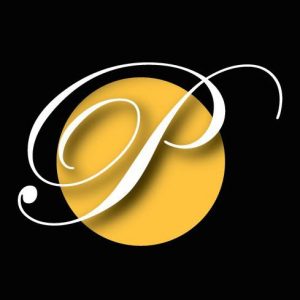 In November of 1924, Mayor Arthur A. Rhodes, other city officials, prominent men of the city and hundreds of enthusiastic theatergoers attended opening ceremony of the historic Park Theatre. For the nearly eight decades until it closed its doors in 2002, Cranston’s Park Theatre was a cultural landmark for those growing up and living in Cranston.

The one-time film and vaudeville house has been reborn as Rhode Island’s newest theatre and performing arts center. On October 23, 2009 Park Theatre held its grand re-opening, following seven years and nearly $10 million in renovations, with Mayor Allan W. Fung, former mayor Stephen P. Laffey and many other theatergoers in attendance. The theatre’s owner and developer is Rhode Island businessman Piyush (Pi) Patel of Narragansett, along with his partner in the development, attorney Paul Plourde of Providence.

Cranston Mayor Allan W. Fung remembers seeing 1977′s Star Wars – the first film he ever saw in a theatre – at the Park when he was about 10 years old. Former Mayor Stephen P. Laffey remembers paying just 99 cents to see movies there when he was a child. The new Park Theatre hopes to continue to serve as the cultural center of Rhode Island’s third-largest city.

The Park Theatre is now a fully-equipped, state of the art, multi-purpose performing arts center which will feature concerts, comedians, theatrical presentations, speakers, film, sports presentations and remote entertainment through the theatre’s satellite-enabled HD projector, and other special events. The Theatre will also be used for corporate, civic and local events, which will include meetings, conferences, weddings, stage competitions and fundraisers.

The new stage is a few feet deeper, but much of the theater’s exterior is original. Inside the refurbished theatre, the approximately 1,000 plush red seats are new, and feature arm rests with cup holders, along with significantly more legroom between rows than most theatres.

The Park Theatre complex also includes the Stage Door Restaurant and Lounge, as well as a restaurant and banquet hall that can double as a conference and meeting center. Free parking is available for all events, along with professional valet service.